Italy Tops Wine Exports In The EU In 2019: Eurostat

Italy emerged as the top exporter of wine in the EU in 2019, according to the latest data from Eurostat.

The country exported 1.1 billion litres of wine outside the EU, which accounts for 34% of the EU Member States' extra-EU wine exports.

France gained the second spot with exports of 0.8 billion, followed by Spain at 0.7 billion litres. 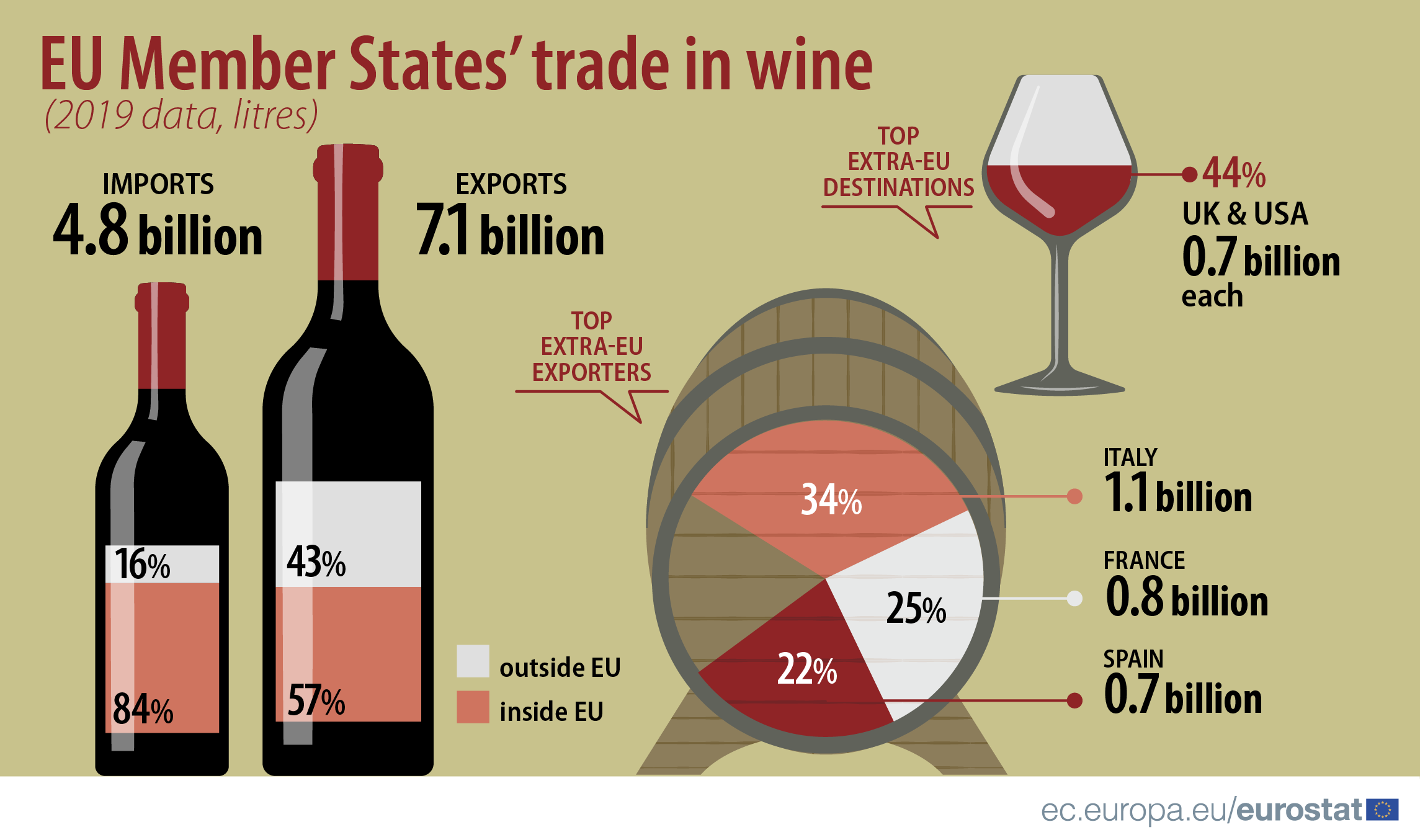 Germany emerged as the top importer of wine among EU member states, followed by the Netherlands, Denmark, Sweden, Belgium, France and Ireland.

The EU Member States imported a total of 4.8 billion litres of wine in 2019, data showed.

Out of this total, only 16% came from non-EU countries, including Chile and South Africa.

The sold production of wine in the EU in 2019, including sparkling wine, port and grape must, was around 16 billion litres, with Italy, Spain and France as top producers.

Coon's Rebranding Dilemma: Polishing A Brand Name To Stay Out Of Controversy