Pork production in the EU saw a 3.3% year-on-year growth in March to 2.0 million tonnes, according to the latest data from Eurostat.

However, beef production fell by 0.4% to 0.6 million tonnes compared to the same period last year.

According to Eurostat, these figures indicate that the production of beef and pork in the EU was not immediately affected by the containment measures implemented in light of the COVID-19 pandemic. 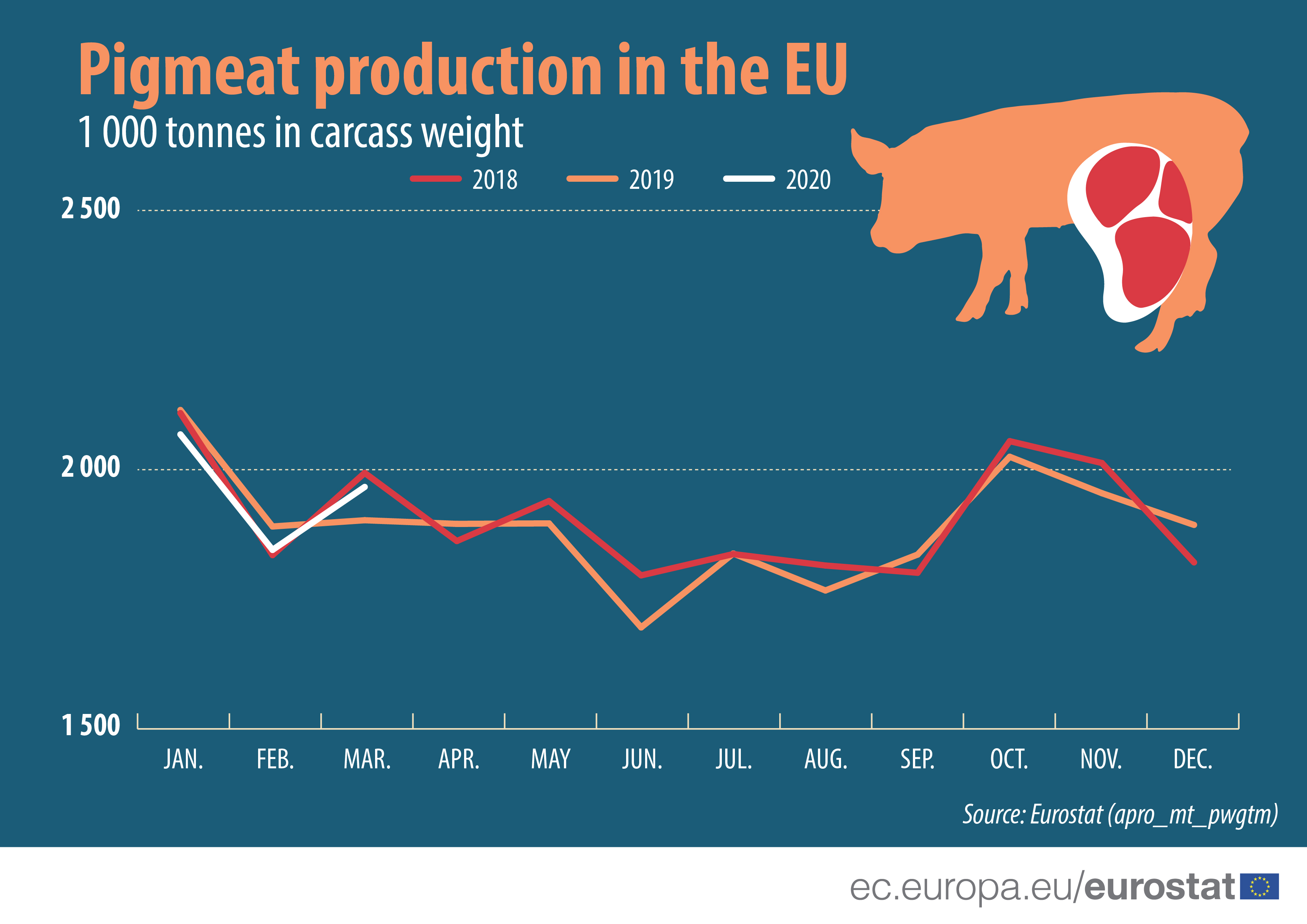 In March 2020, the slaughter of calves in the EU was 4.3% lower compared to the same period last year, while cow slaughter rates dropped by 5.7%, data showed.

However, the slaughter of bulls and bullocks increased by 4.5% in this period. 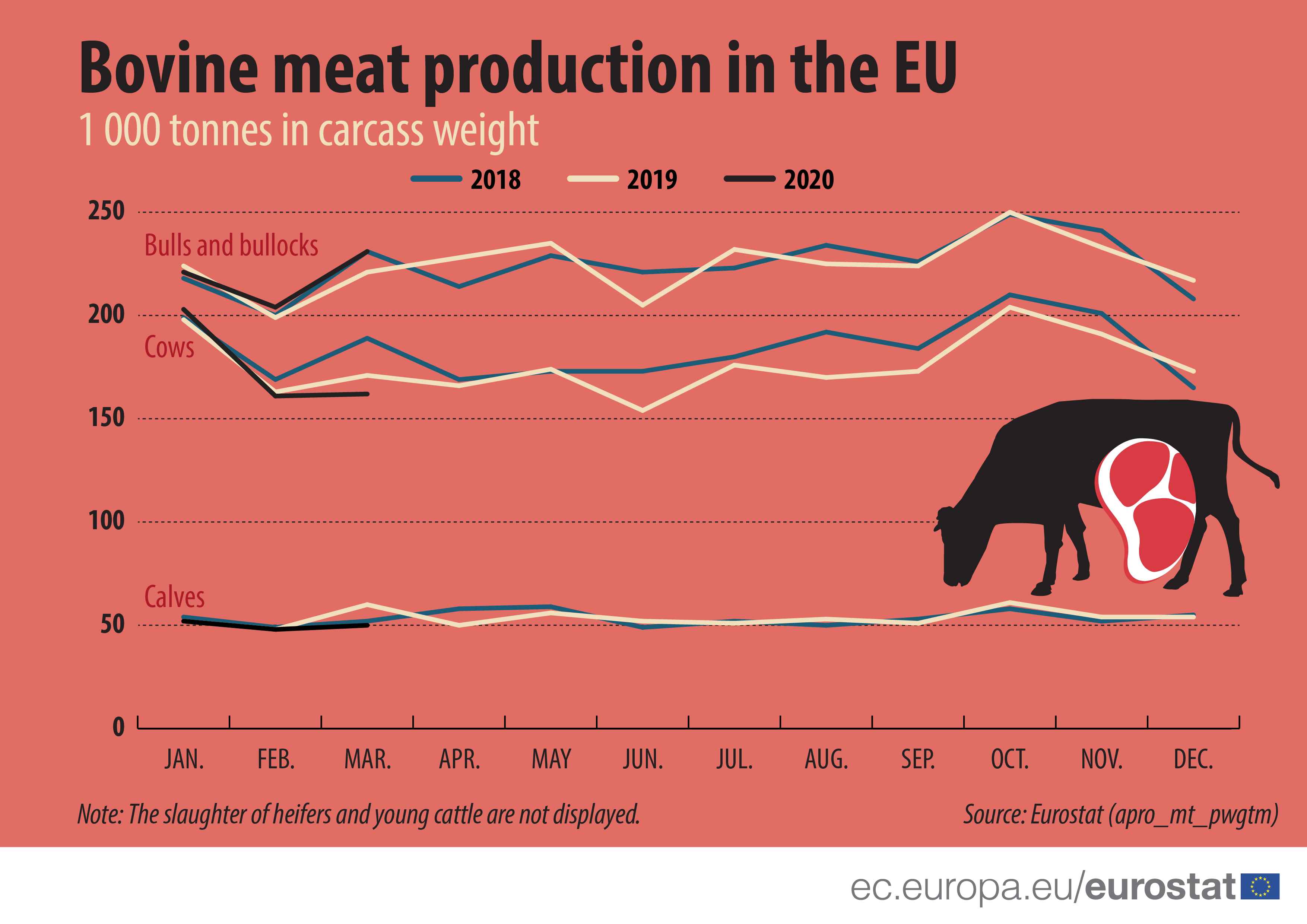 In Italy, the drop in beef production is a result of the ongoing restructuring of the industry, the report revealed.