Ice cream production in the European Union saw a 9% year-on-year decline in 2020, to around 2.9 billion litres, a new report has revealed.

Eurostat has compiled a report examining the performance of the European ice cream manufacturing industry, analysing the sector's biggest markets and producers.

In addition, imports of ice cream from countries outside the EU amounted to 79 million kilograms, valued at €182 million.

While the quantity of extra-EU ice cream imports declined by 4% compared with 2019, exports increased by 5% year on year. 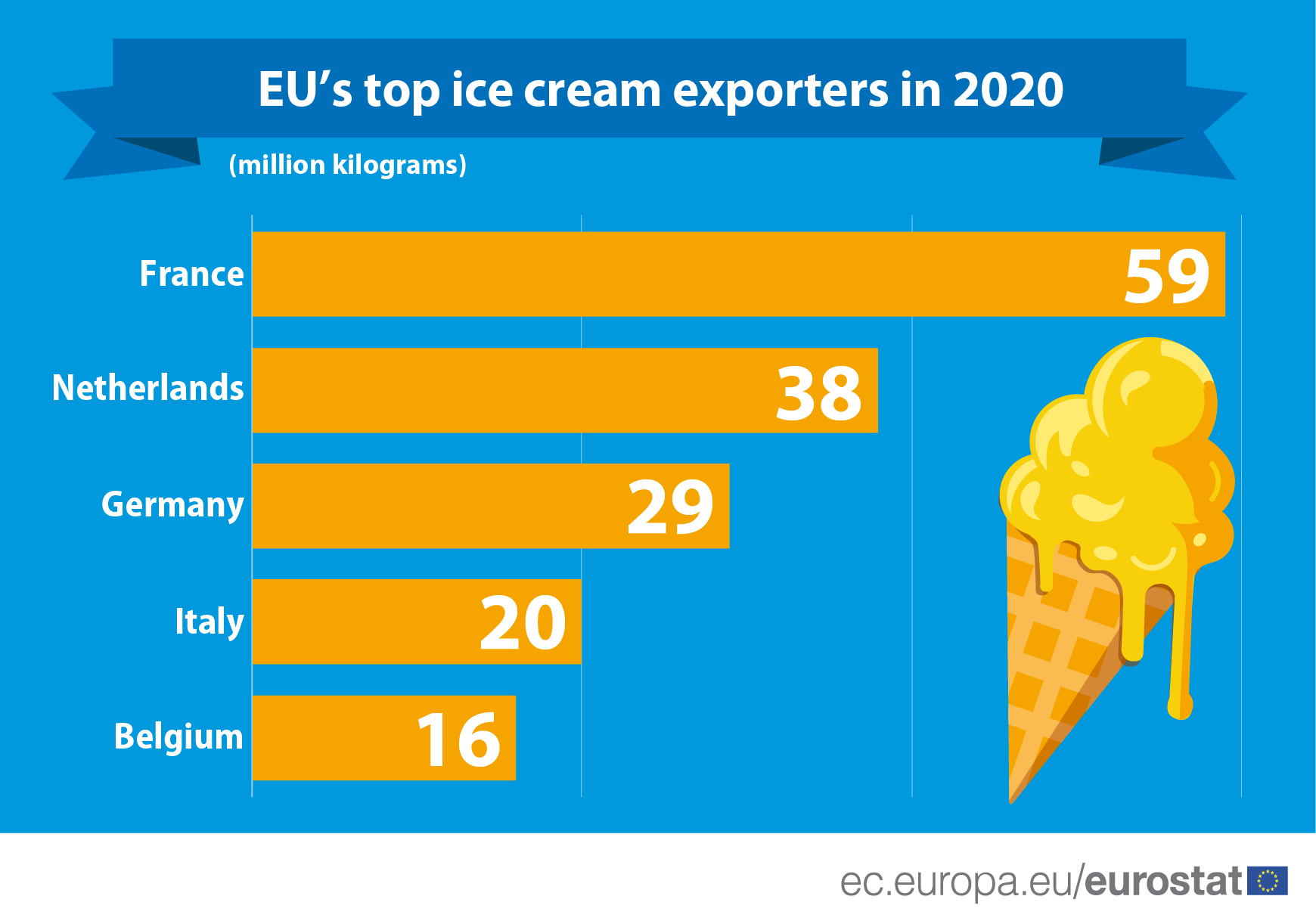 The Netherlands secured the second spot, with exports amounting to 38 million kilograms, or 16% of total extra-EU exports.

Among the EU Member States, Germany was the top producer of ice cream in 2020 at 642 million litres.

France emerged in the second position with a production volume of 516 million litres (2019 data), followed by Italy at 509 million litres.

As well as being the largest ice cream producer in 2020, Germany produced the cheapest ice cream on average, at €1.30 per litre. 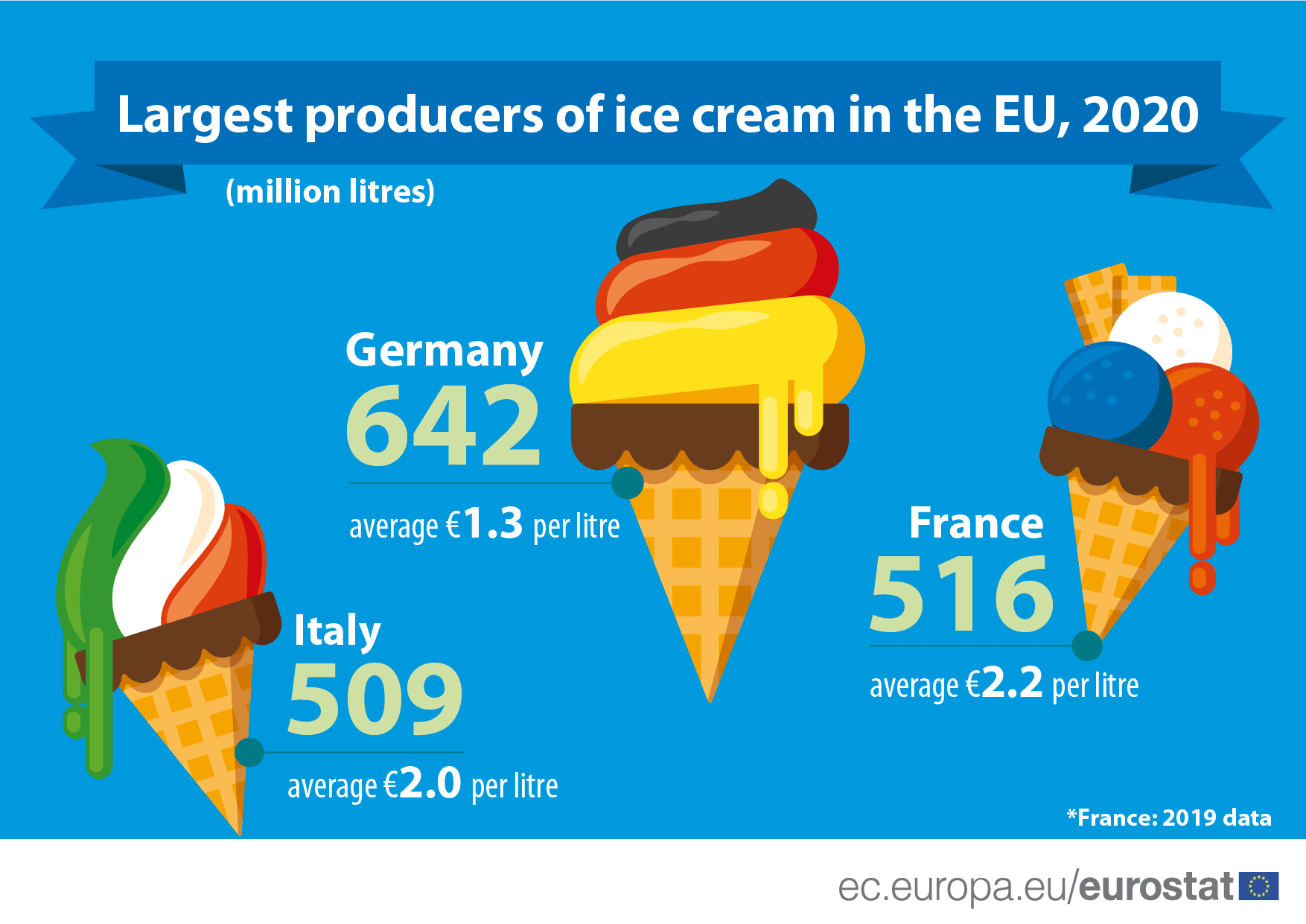 The ice cream industry is constantly adapting and developing based on consumers' needs, with Coop Switzerland the latest European retailer to offer vegan ice cream, in an attempt to appeal to both vegans and those with lactose intolerance.

Arla Raises Guidance After Strong Demand For Dairy In First Half

Switzerland's Emmi Group Sees Sales Up 6.2% In First Half

Kantar Appoints Guillaume Bacuvier To Head Up Its Worldpanel Division