Exports Of Recyclables From EU To China Drops Sharply: Eurostat

Exports of recyclable plastic and paper to China from the EU has dropped sharply, according to the latest data from Eurostat.

The EU exported about 1.4 million tonnes of plastic waste to China in 2016.

In 2017, China filed a notification with the World Trade Organisation (WTO) to ban the trade of four classes and 24 kinds of solid waste by the end of 2017.

The ban resulted in a shift in the destination of recyclable paper and plastic waste to other Asian countries and Turkey.

In 2019, Malaysia received 24% of the total EU exports of plastic waste, while Turkey and Indonesia accounted for 17% and 6% respectively. 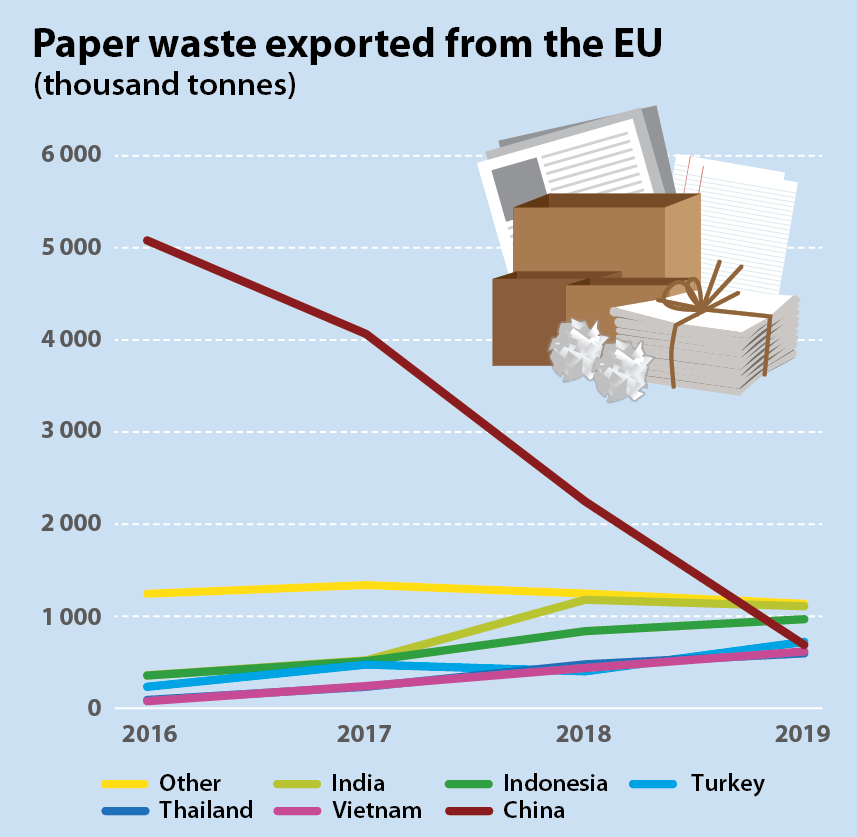 The EU exported over 5 million tonnes of paper waste to China in 2016.

The exports of paper and plastic waste to China saw its lowest levels in January 2020 due to the COVID-19 pandemic.

Irish Ham Plant Halts Production After An Outbreak Of COVID-19

Two-Thirds Of UK Consumers Nervous About Eating Out: IGD

Latest in Packaging And Design