Araven, a leading manufacturer of shopping carts and baskets, offers a proven means of reducing microbial contamination from shopping carts with its pioneering antibacterial handle.

A recent research paper by the University of Zaragoza, Evaluation of microbial contamination in shopping carts, found that innovative treatments, such as the one implemented by Araven, can lead to the total elimination of up to 99.99% of bacteria, yeasts, and mould, preventing the transfer of micro-organisms that are harmful to health.

The research study on the effectiveness of these handles focused specifically on the Loop 160-litre model, the first cart to be fitted as standard with an antimicrobial handle.

The study determined that microbial populations on Araven carts remain at undetectable levels after five months of use, meaning Araven can guarantee virtually zero risk of bacterial transmission from a shopping cart, and offer peace of mind to shoppers.

The study was conducted under the direction of Dr Rosa Oria, Professor of Food Technology and Dr Eugenia Venturini, who is a tenured lecturer.

Both researchers belong to the Aragon University Institute of Mixed Agro-Food Research (IA2).

This research group is one of the most prestigious in its field in Spain, and specialises in the preserving of foodstuffs and conserving their quality. 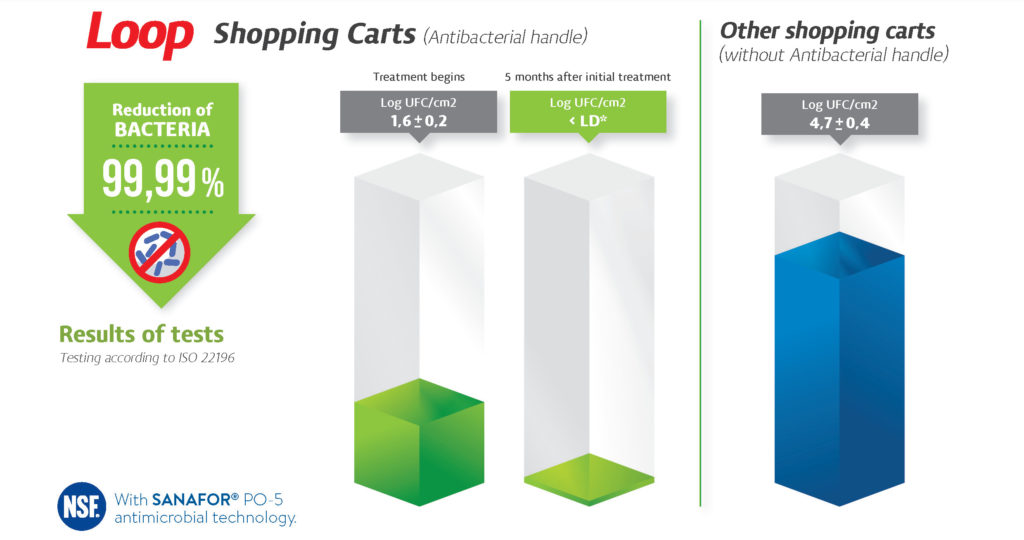 As part of the research, samples were taken from the handle grip area of more than eighty shopping carts, and subjected to microbiological analysis.

Firstly, microbial populations on 10 Loop 160 L models and 10 carts without antimicrobial treatment were studied, and established as the reference at Araven’s warehouses before being put into service.

In a second sampling session, after five months’ of service in various shopping centres, 18 carts were re-tested, as were another 16 carts that were in use for two years (also without an antimicrobial handle).

Finally, in a third analysis, the same measurements were taken from 30 carts made by other manufacturers, used in three large supermarket and hypermarket chains.

Salling Group To Merge Own-Brand SKUs Under One Brand