The COVID-19 pandemic led to a surge in imports by the European Union from China in April, largely driven by demand for face masks and other protective hygiene materials.

According to data from Eurostat, the coronavirus outbreak saw the EU's seasonally adjusted trade (imports and exports) with China fall from €46.5 billion in January to €43.1 billion in February, and then down to €41.9 billion in March.

In April, however, it bounced back to reach €49 billion, as Chinese production got back on track. 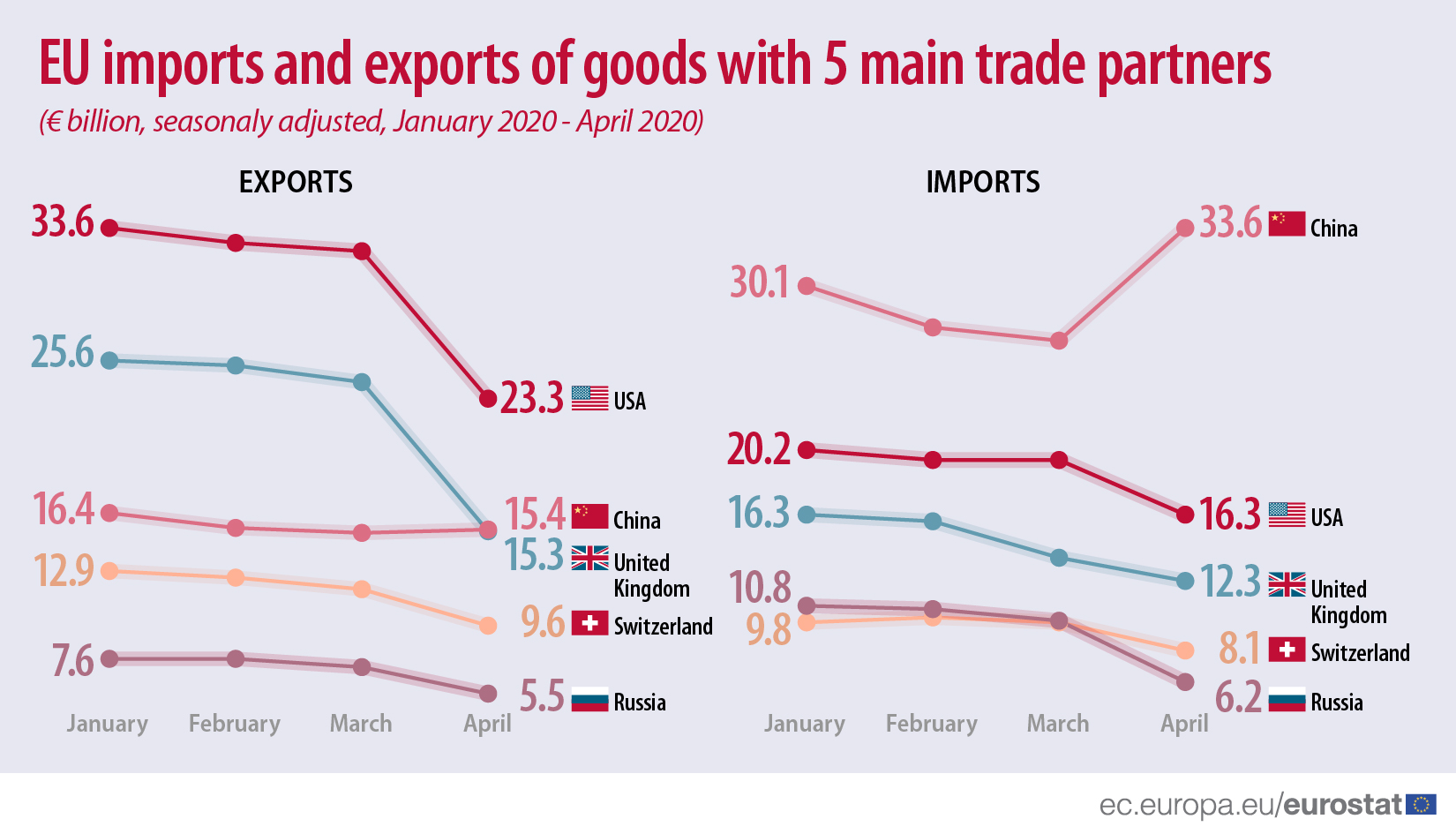 In April, decreasing levels of trade were observed for imports from all five main trade partners of the EU, with the exception of China.

In addition, EU exports to its main five trading partners also fell during the period, with the highest decreased in exports recorded with the United Kingdom (-40%).

According to the Eurostat data, the highest increases in terms of imports from China in April were for automatic data processing machines (+€884 billion, +33%), articles of apparel of textile fabrics (+€129 billion, +36%) and electronic tubes, valves and related articles (+€92 billion, +12%). 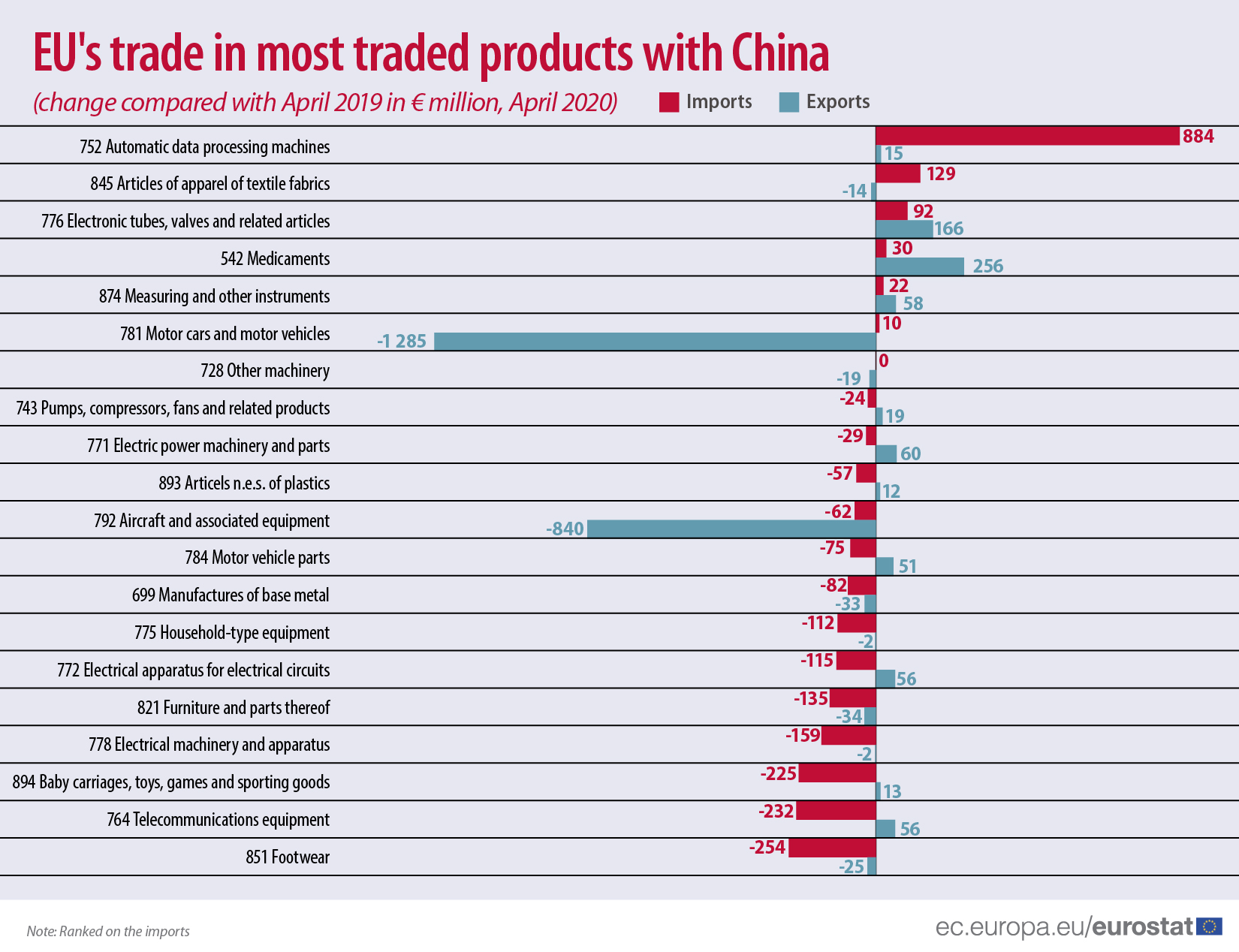 The Eurostat data was published to coincide with the EU-China summit, which takes place today in Brussels.

Irish Food And Drink Exports Declined Only Marginally In 2020: Report