The production of non-alcoholic beer in Germany has almost doubled in the past decade, increasing by 97% since 2009, according to the latest data from Destatis (Federal Statistical Office). 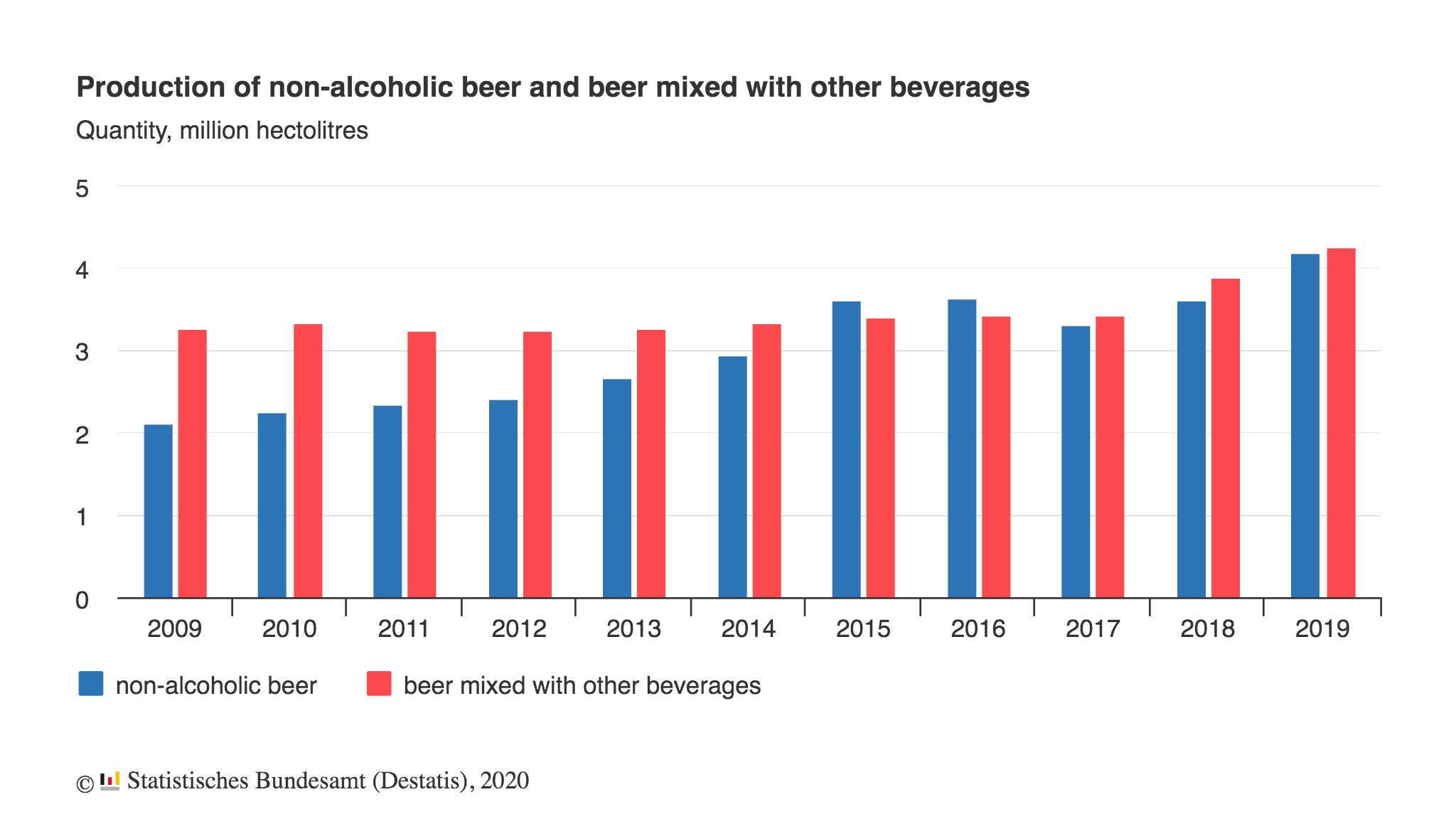 In the first quarter of 2020, Germany’s non-alcoholic beer production amounted to just over 947,000 hectolitres, up 8% from around 875,000 hectolitres in the same period last year.

In January of this year, data from market research firm Fact.MR projected that the global market for non-alcoholic beers is to grow at a positive CAGR of 7% between 2019 and 2027.